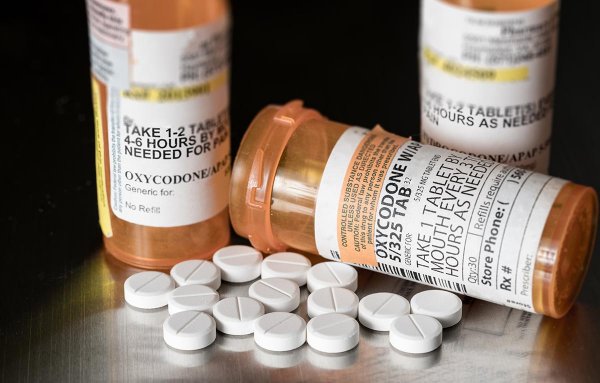 OxyContin is a brand name of Oxycodone, a semisynthetic opioid, and the most frequently prescribed painkiller in the United States. The drug, which is synthesized from an opioid alkaloid, offers fewer side effects than morphine and is commonly used to control moderate to severe pain from illness, injuries and surgeries. It’s also one of the most commonly abused drugs in the United States, popular for its morphine-like euphoria when injected.

Because OxyContin is frequently prescribed for chronic pain and for recovery during surgery, many of the people who are addicted began or take it because of a prescription. At the same time, doctors are becoming increasingly aware of the addictive potential of OxyContin and other Oxycodone painkillers, leading to stricter prescriptions, fewer drugs handed out at once, and fewer prescriptions being given. However, with millions already addicted, the risk of users turning to more dangerous street drugs like morphine and heroin is high.

OxyContin was first synthesized in 1916 at the University of Frankfurt, with the aim of creating an alternative to heroin, which had been recently banned from general sale in the United States by the 1914 Harrison Narcotics Tax Act. The goal was to produce a less dependence-inducing opioid as an alternative to morphine and heroin. For this reason, M. Freund chose to synthesize an opioid from Thebaine, an alkaloid found in the opium poppy and the Persian Poppy. By 1917, OxyContin entered clinical use, but did not enter the U.S. market until 1939. There, it was sold as SEE, in a combination of scopolamine, oxycodone, and ephedrine – later renamed Schophedal, designed to mimic the effects of morphine without circulatory and respiratory depression.

During WWII Oxycodone was so commonly used throughout Germany that Adolf Hitler’s doctor, Dr. Theodor Morell recorded giving the Führer frequent injections of Eukodal, a brand of oxycodone.

By the 1970s, some 30 years after its introduction to the United States, the United States government firmly rejected claims that Oxycodone was not habit forming and classified it as a schedule II drug, only available via prescription.

In 1996, Purdue Pharma introduced OxyContin, a controlled release oxycodone (Oxycodone hydrochloride), with a short onset period and a duration of up to 12 hours. OxyContin was a nearly instant success, extremely popular for treating pain, but also on the street for its long-lasting euphoric properties. Over the next 2 decades, sales of the pills skyrocketed, as doctors prescribed it legally and illicitly. Purdue Pharma notoriously turned the other way, ignoring blatant instances of abuse – including one scandal in which over 1 million pills were prescribed illegally and moved onto the black market.

Today, OxyContin prescriptions are more heavily regulated by the DEA and the FDA. In addition, new measures such as abuse-resistant forms of OxyContin which are difficult to crush or dissolve for injection, as well as some experimental offerings with Naloxone to prevent injection are making their way to the market.

What Does OxyContin Do?

OxyContin is a painkiller that, when taken by someone in pain, works to dull the pain and relax the body. Like many other analgesics, including morphine and heroin, OxyContin is an opiate drug, meaning that it is derived from the alkaloids in the opium poppy. The opioids bind with the opioid receptors in the brain, stimulating dopamine and other endorphins to reduce your perception of pain, depressing the central nervous system. When someone is in pain, they are typically tense enough that they primarily feel relaxation and pain relief from the medication.

Dr. Ehsan Gharadjedaghi on What Does Oxycontin Do and Side Effects of Oxycontin

However, OxyContin has a strong potential for abuse. Users who are not in pain feel pleasure or even euphoria when taking pills. When crushing and injecting OxyContin into the bloodstream, the high is heightened, taking on similar characteristics to the sister-opioid, morphine.

What Side Effects Does OxyContin Have?

OxyContin is an opioid drug with very similar side effects to its ‘sister’ drugs morphine and heroin. Common OxyContin side effects include:

All opiates are extremely addictive. Most drugs that are prescribed medically mimic the action or reaction of something naturally produced in the body. Opioids mimic peptides, which are naturally produced by the body when in pain. The peptides in the opioids break down and bind to the opioid receptors the same way that the body’s own peptides do. This means that, over time, the body naturally adjusts to changing levels of opioids in the body, as a defense mechanism. Just like the body adjusts to an increase in sugar or caffeine, it adjusts to an increase of opioids – leading to tolerance. Tolerance means that the same amount of the drug no longer has the same effect and you have to take more to get the same effect. This can worsen exponentially – so that long-term users can no longer get pain relief from oral OxyContin at the recommended dose.

This increase in tolerance can cause even prescription users who follow the recommended dosage to become physically (chemically) addicted to the drug. This means that the person’s body has adjusted to having OxyContin in their bloodstream and in their brain, and the body must adjust or go through withdrawal when the drug is taken away. Many people also become mentally dependent on painkillers like OxyContin. Because OxyContin causes relaxation and pain relief, and a sense of well-being and euphoria, even a prescription user recovering from surgery can come to rely on the drug as their means of getting through the day, dealing with stress, or coping with pain. This mental dependence is harder to move past than physical withdrawal. This is especially true considering that OxyContin maintains a euphoric feeling and thus an emotional high in the user. When off the drug, long-term users experience something known as emotional blunting, where they are unable to feel regular emotions to a normal intensity. So, a long-term user will increasingly seek out OxyContin for relief and pleasure – simply because the drug causes them to feel less of either in everyday life. 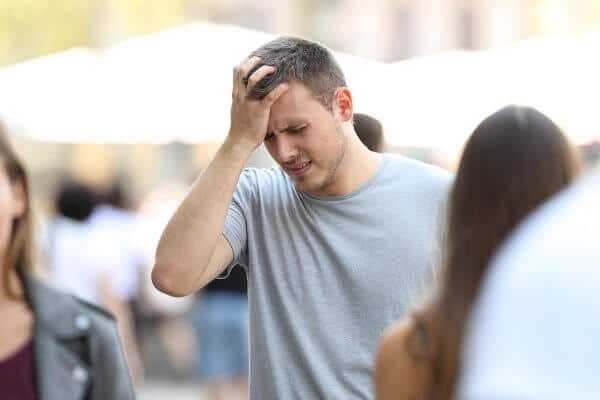 OxyContin is a slow-release form of OxyCodone, which releases opioids into the body over a period of about 12 hours. Most patients take two per day to assist with severe and long-lasting pain, quickly building tolerance. Because the drug is typically never fully out of the system before the user takes another pill – even with prescription use – most users become chemically dependent fairly quickly. However, with doses ranging from 10mg to 80mg, the speed and strength of chemical dependence can vary significantly.

In most cases, OxyContin withdrawal is divided into two phases, early and acute.

Early withdrawal begins 12-14 hours after taking the last dose and is characterized by mood changes, anxiety, irritation, restlessness, agitation, and sleeplessness or insomnia. Most will also experience cold or flu symptoms, such as muscle cramps, runny nose, sweating, fever, chills, and congestion. These can range from moderate to severe depending on the level of chemical dependence.

The second stage of OxyContin withdrawal can set in anytime within 24 hours of the last dose and can last for up to two weeks. These symptoms include stomach upset including nausea and vomiting, abdominal cramping, diarrhea, reduced appetite, blurry vision, dilated pupils, rapid heartbeat, and increased blood pressure. Most also experience shivering. These symptoms can be quite painful, but are rarely life-threatening.

However, dehydration and choking are risks. Most should not detox on their own. The risk of relapse is also very high, as withdrawal symptoms are severe enough that many users seek out more opioids to relieve them.

Most acute symptoms clear up within 3-7 days. Some symptoms will last up to 2 weeks. Many users also experience continued psychological withdrawal symptoms for months after detox.

Medical-assisted opiate withdrawal with detox typically includes courses of methadone or buprenorphine to alleviate withdrawal systems – which can help the user to recover more quickly. Because OxyContin withdrawal can cause anxiety and depression, some doctors also prescribe anti-anxiety medication like clonidine to help with anxiety and the cold and flu symptoms of withdrawal.

OxyContin is a highly addictive painkiller and extremely popular for recreational use. Users take pills, chew them, or crush and inject them to experience a euphoria-like high, which is extremely similar to heroin and morphine. Oxycontin addiction treatment is recommended to fully recover from dependence.

While the FDA and the DEA are increasingly aware of OxyContin’s potential for abuse, limiting its availability is not preventing addiction. The use of abuse-deterrent OxyContin (which is difficult to crush or dissolve), as well as the limited availability of OxyContin through prescription has forced many addicts to turn to more dangerous and less regulated street opioids like heroin.

If someone you know or love is addicted to OxyContin, the solution is getting them into an effective drug rehab program so that they can recover, mentally and physically. Getting treatment means going to counseling, getting behavioral therapy such as CBT, going to medically assisted detox, and learning coping skills for addiction triggers and stress.

If your loved one is addicted to OxyContin, there is help available. Opioid addiction therapy will help them to get clean and rebuild their life, without drugs. Call us today and speak with one of our experienced and professional intake advisors, we’re here to help. Beginnings Treatment Centers is located in beautiful and sunny Southern California in Orange County, which has one of the strongest and most active recovery communities in the United States.

2 thoughts on “What is OxyContin?”