Heroin is one of the most popular street drugs in the United States, with an estimated 900,000 people using or addicted to it in the United States. The drug, also known as diamorphine, is a product of the opium poppy and similar in nature to other opiates such as morphine and fentanyl.

While used in some medical settings, it is most commonly used illegally as a recreational drug for its euphoria-inducing properties. Like other opioids, heroin is also highly addictive, and heavy users suffer debilitating symptoms of dependence and addiction.

While commonly known as a street drug, heroin is also increasing in prevalence. The drug’s close relationship to pain pills like Fentanyl, Oxycontin, Vicodin, and morphine mean that it is a replacement drug, often sought out by people who are addicted to painkillers, but who can no longer source or afford those drugs. As a result, heroin use is on the rise, and in suburbs and small towns as well as in large, urban areas. In fact, an estimated 75% of heroin users abused prescription painkillers first.

With the increasing prevalence of heroin, addiction is becoming more likely – meaning that more people are at risk. If you believe that a friend or loved one is using, it is important that you take the time to recognize the signs and symptoms, and work to get them help where possible.

Signs and Symptoms of Heroin Abuse

Heroin is most often injected into the body, typically into a vein. It may also be snorted, smoked, or taken orally. Most heroin users prefer to smoke or inject the drug, because the effects are stronger, take effect more quickly, and typically last longer. Injection, the most popular administration route, is also the most dangerous.

For example, heroin users typically share needles, may reuse needles, and often inject themselves when impaired by the drug. This can lead to shared diseases, an increased risk of HIV or Hepatitis C, and a very high risk of infection. However, both the intravenous and smoking administration leave a great deal of signs to look for including physical on the body and paraphernalia that you may find in their home, room, or places they frequent.

The most important consideration is that drugs impact people in different ways. One person may be very obviously impaired and ‘out of it’ and another may be extremely lucid and may seem almost normal. In addition, most people will attempt to avoid company while using, because the euphoric effects of heroin often make it difficult or impossible to behave normally. 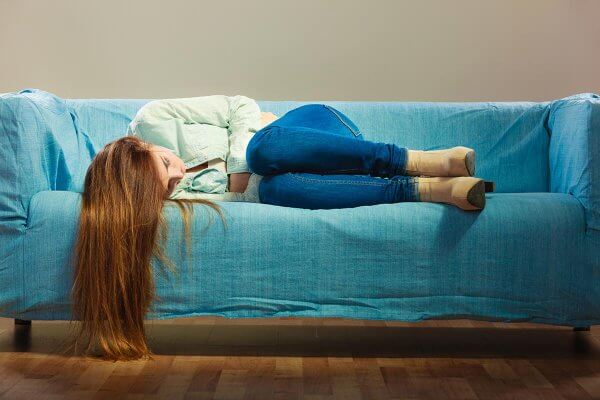 A person while using will be extremely sleepy, their skin may be flushed, and they may fall asleep at odd moments. They may also seemingly drift off and then wake up, repeatedly and slowly. Their breathing will typically slow, pupils will constrict, and they may complain of being thirsty or begin vomiting. In most cases, a person who is using heroin will be extremely lethargic while ‘high’, often not standing up or walking around.

However, the exact symptoms will vary a great deal. After using, most heroin addicts will show symptoms of recent use:

You can also check for recurring symptoms that appear when someone habitually uses: 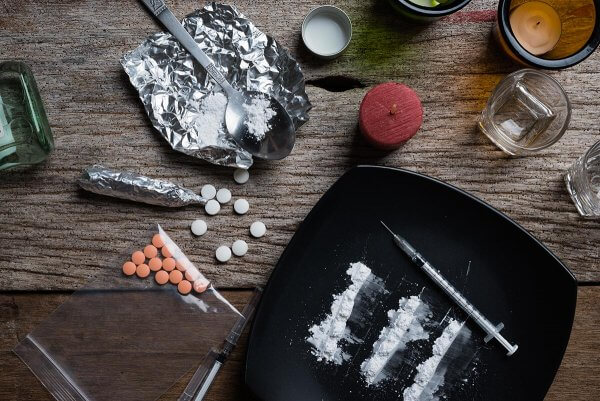 These signs and symptoms can all indicate heroin use, but each individually may not. However, if you are looking for signs of heroin use, you should know the person well enough to understand their habits, such as whether they smoke, their personal hygiene and grooming, whether they are normally sick, etc.

Heroin is an opioid drug, meaning that withdrawal can be long and quite severe. Withdrawal should be monitored by a medical professional to ensure that detox is handled safely, with minimal risk to the person going through withdrawal. In most cases, medically assisted opioid detox will include either tapering off the drug or the use of heroin withdrawal medications such as buprenorphine.

For most users, withdrawal symptoms set in between 6 and 12 hours after the last dose is taken. They typically peak after 3-4 days, and then begin to fade until vanishing after 2 weeks. Many users will experience post-acute symptoms, which can last for months after the final dose.

Early Onset– Early withdrawal symptoms begin 6-12 hours after the last dose and start out mildly with anxiety and cravings. It is important that the user is secluded, away from any access to heroin, and able to exercise, eat, and shower or bathe to help relieve these symptoms.

Day 1-4 – Most users experience a sharp increase in withdrawal symptoms, which typically resemble a strong flu, but are often worse. Users will experience fever, chills, sweating, runny nose, and extreme fatigue. Most people are very nauseous and cannot sleep or eat, experience painful muscle aches and cramps, and may experience vomiting and diarrhea. At the same time, most begin to experience heightened anxiety, resulting in panic attacks, depression, and increased cravings. Many will also experience muscle spasms, breathing difficulties, and tremors. These symptoms can range from mild to severe and requiring medical attention.

Day 5-14 – Here, symptoms begin to gradually decrease, slowly resembling a standard flu and then vanishing altogether. Cravings do not typically go away at this point.

After 15 days, most users will have completed detox and will be heroin free. The first step of getting clean has been completed. However, most will also still suffer from significant cravings and will still have the same problems and coping mechanisms that led them to seek out heroin in the first place. Counseling and therapy is still necessary to ensure a full recovery.

Getting Treatment for Heroin Addiction 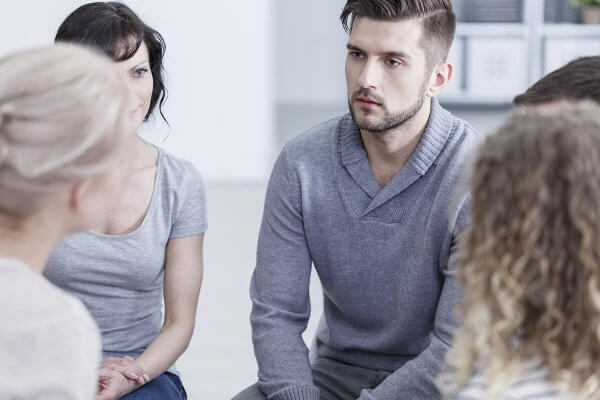 If you recognize that someone you love is using heroin, it is crucial that you work to get them into treatment. A treatment facility can provide the medical care, counseling, and therapy necessary to help someone detox and then build the mental skills and coping mechanisms to avoid a relapse.

In most cases, it is a good idea to seek out treatment before going through detox. Medically assisted detox is significantly safer, more comfortable, and faster than detoxing on your own. For example, someone detoxing on their own may go into a seizure, may have respiratory failure, or may trigger a heart attack (if they have a weak heart). A treatment center will ensure that the user is given medication and is monitored by a medical professional so that they stay safe and as comfortable as possible.

Do Addicts Face Jailtime? – Many people and their families think that detoxing at home is the best solution to avoid legal ramifications of illegal heroin use. However, under the Health Insurance Portability and Accountability Act (HIPAA) of 1996, your health professional is not required to report your illegal drug use unless they believe that you have caused harm to others through that drug use. This allows users to seek out help knowing that they will be protected.

Counseling and therapy are crucial factors of heroin treatment, because heroin dependence is a mental disorder as much as a physical addiction. While therapies and methods used by treatment centers will vary based on their methods and whether they employ licensed medical staff, you should look for a qualified treatment center that can provide quality therapy.

Cognitive Behavioral Therapy – Cognitive behavioral therapy is the most commonly used therapy in addiction recovery because it helps users to identify their problems and build skills to cope with them. By focusing on building skills, it can help many addicts learn to cope with stress, cravings, and problems without the use of heroin or other drugs.

Family Counseling – Many treatment centers are increasingly using family therapy or counseling as an element of recovery. By helping the addict to fix their relationships, move past previous behaviors, and develop a solid foundation with which to move forward, family therapy can enable addicts to go back to a supporting family who have rebuilt their relationships and understand how to treat a recovering addict.

12-Step – 75% of addiction treatment centers offer some form of 12-step treatment, although it may be optional. This typically includes group counseling and treatment, group support, and group accountability. 12-step programs like AA or NA and other similar support groups can also be very helpful for recovering addicts when leaving therapy.

Aftercare – Aftercare, including follow-up counseling, support of self-help groups, and checkups are important to ensure that the addict has the tools they need to integrate back into life while remaining clean. Some rehabilitation facilities offer halfway houses or sober living areas, while others offer extended support, phone calls with therapists, or additional therapy sessions after treatment is completed.

Recovering from heroin addiction is a long process that will require treatment, counseling, therapy, and possibly years of aftercare. However, taking the first steps to get someone into treatment is the best way to ensure that they get the tools they need to recover and move on.

Beginnings Treatment Centers offers addiction treatment programs to help you stay clean and sober. Call us today and speak with one of our experienced and professional intake advisors. We are located in beautiful and sunny Southern California in Orange County, which has one of the strongest and most active recovery communities in the United States.