The Stages of Alcoholism 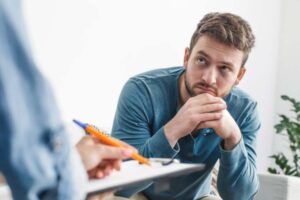 The National Institute on Drug Abuse and Alcoholism estimates that some 14.1 million U.S. adults struggle with an alcohol use disorder. AUD, commonly known as alcoholism, is characterized by compulsively seeking alcohol despite negative impacts to health, social life, and career or finances. Alcoholism is one of the third leading causes of preventable death in the United States, killing some 80,000 per year, but more than 60+ of Americans regularly drink. Americans culturally drink, glorify drinking, and often don’t engage socially without alcohol. It’s part of “who we are” for many. But, when is it too much? When is drinking problematic?

In 1946, E. Morton Jellinek pioneered a study that suggested that alcoholism progressed in phases. His research led to the creation of the “Jelinek Curve” or the stages of alcoholism. Jellinek’s research was instrumental in alcoholism being recognized as a disorder, then called a “disease”, and is still used today. His theory splits alcoholism into 5 categories or stages following a curve.

The 5 States of Alcoholism

The first stage of alcoholism is “alpha alcoholism”, sometimes called the “pre-alcoholic” or “problem drinker”. At this stage, the individual does not yet have a substance use disorder but is definitely on their way there. This stage is characterized by problematic drinking which contributes to social and interpersonal problems. However, people in this stage can quit if they want to.

The binge drinker does not likely suffer from dependence (yet), but is likely developing tolerance and needs more and more alcohol to maintain the same effects. Here, Jellinek has no way to differ between the heavy drinker and the alcoholic, which is largely considered to be the greatest flaw in his curve. However, most medical professionals assume that alcohol consumption at this stage is unhealthy and likely to lead to a substance use disorder. 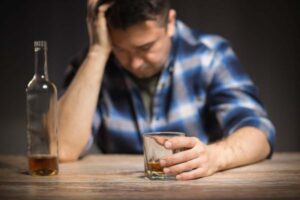 Stage One can most easily be compared to the DSM-IV criterion for Alcohol Abuse rather than Alcohol Use Disorder:

This is important, because it gives some scope on the first stage of alcoholism as not yet being an addict, but setting themselves up on the path to become one.

Beta Alcoholism is the second stage of alcoholism, typically characterized by regular drinking without physical dependence. These individuals typically drink every day, may hide drinking, and often drink as a coping mechanism rather than simply binging on weekends. Here, users begin to experience many of the warning signs of alcoholism, such as constantly thinking about getting a drink, not being able to relax until they get a drink, hiding drinks or spiking non-alcoholic beverages, and an increasing tolerance that forces them to drink more and more.

Gamma Alcoholism is characterized by physical dependence and an increasing lack of control over substance intake. Here, the individual experiences marked physical withdrawal symptoms on cessation, struggles to quit on their own, and will drink excessively, with no quantity control.

At this stage, anyone suffering from these symptoms is considered an alcoholic and should seek out treatment.

Delta alcoholism is a form of alcoholism parallel to Gamma alcoholism, in which the user remains in control of how much they drink, but cannot abstain from drinking. Delta alcoholics are typically referred to as “high-functioning alcoholics” who can maintain work, job, and life functions despite their disorder. In most cases, Delta Alcoholics are simply more adept at hiding alcohol intake but will suffer the same negative mental and physical side effects.

Epsilon Alcoholism is considered late stage alcoholism where the individual is not in control, may suffer from extreme health and mental health side-effects, and cannot likely maintain work, social, or interpersonal responsibilities. This may result in uncontrollable periodic bouts of alcoholic intake, in excessive drinking, and in mental side-effects including depression, paranoia, and anxiety. Here, the individual is likely to put their life on hold, may be unable to maintain relationships, and may become homeless or jobless as a result of their disorder. Individuals in this stage are in need of immediate help.

The Jellinek curve is a tool used to help diagnose where someone stands in terms of alcohol abuse. But, if you frequently binge alcohol, chances are, you need to cut down. Regularly drinking more than a few alcoholic drinks at once is already bad for your health and physical health. Regularly binge drinking contributes to health, social, and mental health problems and may contribute to substance use disorder. And, if you or your loved one can’t stop or tries and fails to quit, you have a problem. Whichever stage applies, it’s important to seek out help, see a behavioral therapist, and learn to replace alcohol-seeking behaviors with healthier coping mechanisms. Good luck getting help.