What Does Meth Do to Your Brain? 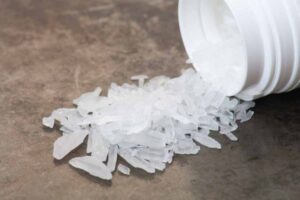 Meth, or methamphetamine, is a central nervous system stimulant used for recreation, stimulation, and even weight loss. Methamphetamine is closely related to amphetamines, which are distributed as medical drugs in the form of Adderall and similar medications but is considered too strong and too addictive for medical use. Methamphetamine is a Schedule II drug, meaning that it’s illegal to sell or use inside the United States. Here, reasons align with issues relating to health, user dependence, and user addiction over both short and long-term use. Despite mental and physical health risks, over 1.6 million people abuse it every year according to the National Institute on Drug Abuse. With about 0.6% of the U.S. population regularly using the drug, methamphetamine is extremely popular.

At the same time, methamphetamine causes considerable negative side-effects including addiction, emotional blunting, crashes, anxiety, confusion, violent behavior, and psychosis. Neuroimaging shows that many of these changes relate to how meth affects the brain, especially the dopamine system and functional areas related to emotion, cognition, and learning. If you or a loved one is using, abusing, or actually addicted to meth, it’s important to understand how the drug affects the brain so you can get help.

No one chooses to become addicted to meth, but people can choose to get better. Understanding how meth works and what it does inside your body is one of the first steps.

Methamphetamine is a central nervous system stimulant made up of an equal combination of levomethamphetamine and detromethamphetamine. Together, these two drugs are used recreationally as a stimulant and aphrodisiac, typically causing a “high” that lasts several hours. Here, individuals experience wakefulness and an increase in activity. This results in alertness, euphoria, and increased blood pressure through interaction with the dopamine (reward circuit) and interaction with the central nervous system.

This can cause considerable short-term side-effects:

Most of these symptoms are related to changes in dopamine absorption, which affects motor controls, temperature regulation, and motivation. In most cases, users will experience a rush and euphoria for 8-24 hours, after which they will crash, often having vastly stretched their body’s capability to stay awake. This crash is characterized by nerve damage in the brain resulting in lethargy, depression, and an inability to feel known as emotional blunting. Over short-term use, these effects can fade within a day. 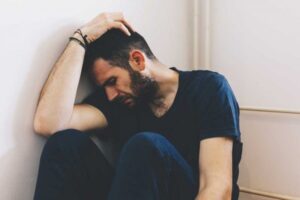 These include but are not limited to:

Here, changes such as loss of appetite and weight loss will be most noticeable first, rotting teeth in the case of smoking, frequent mood swings and paranoia, and hair loss will occur over months or even years of abuse.

Emotional Blunting – Methamphetamine influences the dopamine center of the reward circuit to such an extent that it causes nerve ending damage. While high, users experience a strong sense of euphoria that can last for hours. When they crash, most experience a process known as emotional blunting, where they struggle to feel anything else. This worsens over time until the user simply doesn’t feel anything for long stretches in between doses. Here, this relates to nerve damage and to the brain adapting to produce less dopamine in response to meth. As a result, individuals may be lethargic, have no motivation for anything but their drug, and may appear to be severely depressed or unresponsive until motivated by the drug.

This process of emotional blunting makes tactics like interventions and tough love very difficult to use on persons addicted to methamphetamine, because both heavily rely on emotion.

Psychosis – Chronic meth users begin to experience psychosis which ranges from simple repetitive motions to extreme paranoia and hallucinations. In most cases, meth users begin psychosis by experiencing mild paranoia and feelings of creeping skin. Over time, these worsen to the point where the meth user might imagine insects crawling under or out of the skin, vivid hallucinations (often of insects and crawling), strong paranoia, delusions, and reactions. These symptoms can escalate to the point where users violently scratch at or tear their skin. Hurt others or act as though they are afraid of others or things and react with paranoia and fear to mundane objects. During this stage, users are a danger to themselves and to others around them. Psychosis relates to both nerve-ending damage and changes to dopamine,

Addiction – Any long-term exposure to methamphetamine will result in tolerance, physical dependence, and then addiction. Addiction or substance use disorder is a mental disorder characterized by uncontrollable drug use, seeking behavior, cravings, withdrawal symptoms, and inability to quit the drug. Individuals with a SUD should seek out rehabilitation and behavioral therapy.

How Meth Changes the Brain

Neuroimaging shows significant changes in the brain of a long-term chronic meth user. Most of these changes relate to structural and functional changes in areas relating to emotion and memory, changes to the dopamine system, and changes in decision-making and habitual behavior areas. In short, a meth user is prone to repetitive behavior because they lose the ability to suppress those behaviors, which also ties into why methamphetamine use disorder is difficult to treat. Methamphetamine usage also greatly inhibits how dopamine binds to transporters, which affects memory, motor controls, learning, and cognition. Studies also show that meth increases the quantity of microglia while increasing their activity. These non-neural brain cells function in the same way as antibodies in the blood, preventing infection and removing damage. But, like antibodies, can also attack neurons if too active.

What does this mean for the average user? While it’s true that behaviors and substance use are caused by changes in the brain, most of these changes are reversable. Individuals show significant recovery after just 6 months of abstinence, with further recovery after 2 years. Most individuals can return to pre-addiction levels, despite some permanent damage for very heavy chronic users. 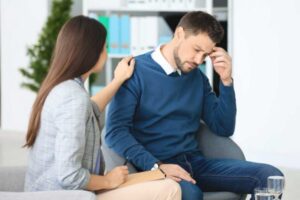 If you or a loved one is using meth, it’s not too late. There is help and it does work. Modern substance use disorder treatment focuses on treating the underlying causes of addiction to remove the need to use drugs to cope or as a release. Meth users have a long road to recovery, but the sooner treatment is started, the less damage is done to the brain and the faster recovery occurs.

Here, initial detox and support, ongoing emotional and therapeutic support, and behavioral therapy are crucial to ensuring a full recovery. Addiction is a physical and psychological disorder and individuals need a holistic approach to treatment to fully recover.  No matter how bad addiction is, there is help and anyone can recover. Please contact Beginnings Treatment Centers today for an honest talk about our treatment programs with one of our experienced and professional addiction treatment team. We’re here to help.