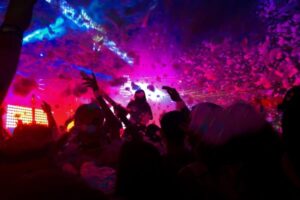 Phencyclidine or PCP is a popular recreational drug, known for its dissociative, hallucinogenic, and euphoric effects. The drug is a schedule II drug in the United States but is still popular as a street drug. In fact, some estimates suggest that as many as 2.9% of adults over age 25 have had the drug at least once in their life.

PCP is most popular in party and club scenes, where it’s sold as a powder that can be inhaled or smoked. Today, tens of thousands of people use PCP recreationally, leading to health problems from the drug’s neurotoxic side effects, risk of overdose, and addiction. If you or a loved one is considering taking or struggling with PCP use, it’s important to learn more and to understand the drug and its side effects.

PCP was first developed by Victor Maddox in 1926 but wasn’t used for medical purposes until the early 1950s. Here, it was introduced as a surgical anesthetic, before being discontinued in 1965. The drug was found to cause agitation, mania, hallucinations, delirium psychosis, and a risk of accidental death. However, PCP continued to be available for veterinary use for several years.

Today, the drug is used by a small percentage of the population, especially in club, party, and gay scenes. While once the country’s “number one drug problem”, PCP is now less popular than opioids, cocaine, and other popular recreational drugs. But, tens of thousands of people still take the drug annually, with many becoming dependent and addicted.

What Happens when You Take PCP?

PCP is typically available as white or colored powders, tablets, or capsules which are most-often smoked, snorted, or taken orally. A normal dose of 5 – 10mg takes effects within 30 – 60 minutes after oral ingestion, immediately after snorting, and within a few minutes of smoking. These effects last 4 – 6 hours, with a return to normal state typically up to 24 hours.

PCP is a noncompetitive NMDA receptor agonist and glutamate receptor agonist with partial effects on the dopamine, opioid, and nicotine receptors. Here, it inhibits the reuptake of neurotransmitters like serotonin, dopamine, and norepinephrine, resulting in the hallucinogenic, euphoric, and dissociative effects the drug is known for. As an NMDA receptor agonist, PCP blocks glutamate action, resulting in reduced sensation, reduced emotions, and learning and memory issues. This causes a complete change of sensory and psychological experience for users, with extreme changes depending on dose and the individual.

Most people experience a range of short-term effects from PCP, most of which go away after 24 hours. These effects include: 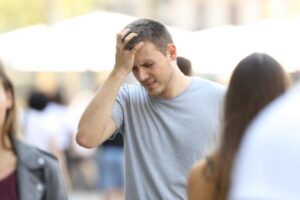 To an external viewer, these short-term effects typically result in a person acting as though they are drunk. They may walk with an unsteady gait, may have bloodshot eyes, may be confused and disoriented, and may slur when talking. In some cases, users will be aggressive or moody but may also refuse to move or stare at something for long periods of time. In the case of very high doses, PCP can lead to reduced breathing, vomiting, low blood pressure, seizures, and potential coma in the case of an overdose.

Users will typically show many of the signs of alcohol intoxication, including reduced judgement and reasoning, impulsiveness, aggressive or violent behavior, and risk-taking. Combined with a distinct reduction in sensation and feeling pain, individuals can easily injure themselves and others.

Over the long-term, PCP will begin to affect an individual’s state of mind, memory, mental health, and social relationships. Individuals who consistently use PCP are more likely to struggle with speech difficulties, memory problems, anxiety and depression, suicidal ideation, social isolation, and flashbacks.

All long-term users risk developing side effects including hallucinogen-induced persisting perceptual disorder and toxic psychosis. These conditions can last more than a year after the final dose of PCP.

PCP is dependence inducing, meaning that individuals will develop tolerance, dependence, cravings, and compulsive-seeking behaviors. Tolerance is the process of the body adjusting to a certain intake of a substance, forcing users to take more to achieve the same effect. Users then develop chemical dependence, where they experience withdrawal symptoms if they quit. Over time this reinforces the psychological dependence, seeking behavior, and cravings as well.

Anyone who regularly uses PCP for more than a few weeks will experience withdrawal symptoms when quitting the drug. Here, it’s important not to suddenly quit the drug, as this can cause strong side effects. Instead, most users should either taper off the drug or seek out hospitalization and a medical detox program to safely come off the drug.

Common withdrawal symptoms include cravings, headache, depression, cold and flu symptoms, and potential suicidal ideation. Some people can come off the drug on their own, but risk developing side effects including toxic psychosis.

Getting Help for PCP 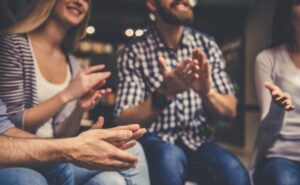 A significant percentage of the population has tried PCP at least once, but for those who didn’t stop at once, the drug is dangerous, life-altering, and life threatening. Millions of people struggle with substance use disorders every year, and getting help is often the only way to change the behaviors and underlying problems behind substance-seeking.

While there is no single approved treatment for PCP usage, behavioral therapy such as CBT and medically supervised drug detox are the two most recommended treatments. Here, you enter detox at a medical facility and move into therapy including behavioral, counseling, and group therapy after withdrawal symptoms end. Most rehabilitation programs work to treat the worst symptoms first, tackling actual drug use, before evaluating your health, state of mind, and needs for treatment.

While PCP is often seen as a casual party drug, it is highly addictive and dangerous to both mental and physical health. If you or a loved one is using, it is important to seek for help. Please contact Beginnings Treatment Centers today for an honest talk about addiction or alcoholism with one of our experienced and professional addiction treatment team. We’re here to help.

This website uses cookies to improve your experience while you navigate through the website. Out of these, the cookies that are categorized as necessary are stored on your browser as they are essential for the working of basic functionalities of the website. We also use third-party cookies that help us analyze and understand how you use this website. These cookies will be stored in your browser only with your consent. You also have the option to opt-out of these cookies. But opting out of some of these cookies may affect your browsing experience.
Necessary Always Enabled

Performance cookies are used to understand and analyze the key performance indexes of the website which helps in delivering a better user experience for the visitors.

Analytical cookies are used to understand how visitors interact with the website. These cookies help provide information on metrics the number of visitors, bounce rate, traffic source, etc.

Advertisement cookies are used to provide visitors with relevant ads and marketing campaigns. These cookies track visitors across websites and collect information to provide customized ads.

Other uncategorized cookies are those that are being analyzed and have not been classified into a category as yet.