The Link Between Vaping and Drug Addiction

The Link Between Vaping and Drug Addiction 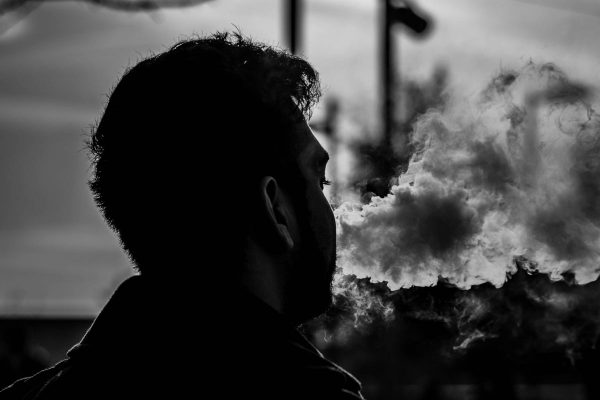 Photo by Lee Phillips from Pexels

Vaping, the colloquial term for using a Vaporizer, is an immensely popular habit. Despite only being available on the market for a little over a decade, vaporizers are used by more than 35 million adults, making up nearly 1/3rd of the total smoking population. Vaporizers are also increasingly common with teens, with some 20% of U.S. 12th graders admitting to vaping nicotine.

Vaporizers are often touted for harm reduction. They may reduce the harm and known-medical problems relating to smoking, allowing individuals to choose a safer alternative to cigarettes. However, their popularity and accessibility also means some people are smoking when they might not have smoked cigarettes, and they are also a convenient way to inhale other drugs including opiates, methamphetamine, and cannabis. If you are concerned about your loved one, it’s important to understand the link between vaping and drug addiction and what you can do about it. If you’re going into recovery, it’s also important to be aware that vaping may impact your recovery.

Vaporizers, use heated extraction chambers to atomize a liquid solution, which is then inhaled as a vapor. Like smoke, this vapor is very quickly ingested and absorbed by the body, allowing nicotine and other drugs to quickly impact the system.

Vaporizers come in sizes and styles ranging from refillable and customizable to options that only fit boxed products. In most cases, vaporizers fit tanks of “e-liquid” which can contain anything from base flavors to large amounts of nicotine. Some also allow individuals to vaporize using solids such as cannabis.

How Vaporizers are Used

Vaporizers are used both recreationally and medically across the United States. Here, recreational users typically purchase vaporizers for the intent of smoking e-liquid capsules (pre-packages liquid cartridges containing a certain flavor, nicotine value, or another drug), or for the intent of vaporizing dry products such as tobacco, marijuana, or a variety of other smokable herbs. These products are readily available on the market and range anywhere from a few dollars to several hundred for a higher-end tool.

Vaporizers are also prescribed and used by the medical cannabis community for multiple reasons. The first is that vaporizers are much more efficient at extracting active ingredients such as CBD and THC. Cigarettes typically destroy as much as 30% of active ingredients through pyrolysis, meaning that vaporizers are significantly more effective. Vaporizers are often preferred over smoking because they allow doctors to better-dose cannabis administration. They also reduce foreign-objects in the lungs, causing significantly less short-term lung pollution in most studies than smoking an equivalent amount. This has resulted in most medical cannabis professionals choosing vaporizers as the preferred distribution method for the drug.

Linking Vaporizers and Heavy Drug Use 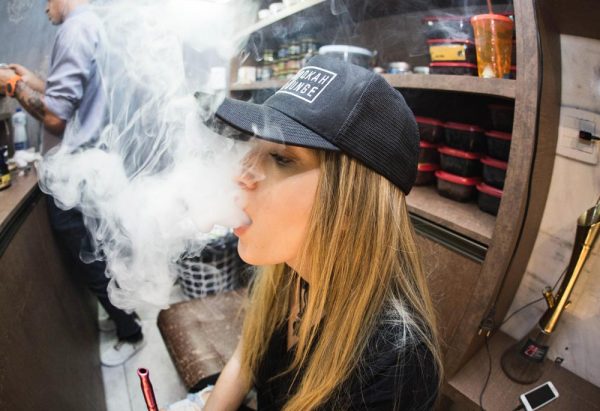 Photo by Isabella Mendes from Pexels

While cannabis is very often smoked through vaporizers, by recreational and medical users alike, many other drugs lend very well to vaporizers. Street drugs like heroin, crack, methamphetamine, and even cocaine are traditionally mixed with water, heated, and either smoked or injected in a process very similar to vaping. The result, vaporizers are easy distribution methods for drugs that are traditionally used while applying continuous heat.

As a result, teens and adults across the U.S. and U.K. are using vaporizers to inhale drugs ranging from DMT to meth – often with none of the visible drug paraphernalia or smell that would traditionally alert friends, family, or police to illicit drug use.

How prevalent is this problem? Research varies, with some studies showing that as many as 85% + of all vapers have at one time or another tried putting something else in their vaporizer. At the same time, most other substances used in vaporizers are reported as experimental, with only minimal instances of individuals seriously using them for heavy drugs. However, vaporizers are a relatively new technology and they are only recently being adopted by the drug-using community. As their popularity grows, more concrete data linking vaporizers to drug use will appear. If this becomes prevalent, it could pose problems relating to potential overdoses, as the extraction rate may be higher than for other forms of smoking these drugs.

Today, several studies exist to show that it is possible to abuse even prescription opiates using vaporizers. However, the rate at which vaporizers are used to inhale illicit drugs is relatively low in comparison to traditional methods. Clinicians should keep the risk in mind, but there is no widespread trend that has been noticed or documented at this time.

While no one wants their friends, family, or loved one to abuse drugs of any kind, but for many long-term drug abusers, vaporizers offer harm reduction. Traditional methods of inhaling crack, meth, and DMT involve often-dangerous pipes which are prone to burn fingers, explode, and cause glass and other cuts. Vaporizers also reduce the risk of external contamination, because they don’t often require a water tank for solids and typically require oils for liquids. This reduces instances of exposure to contaminated water and reduces instances of individuals using needles because pipes and smoking are not convenient. For this reason, vaporizers are often seen as a safer alternative for individuals who will continue using anyway.

Do Vaporizers Contribute to Addiction in Other Ways?

Vaporizers allow individuals near-instantaneous access to a drug, which they will very likely become addicted to. Nicotine cartridges are available cheaply, in very strong doses, and can be quickly swapped out to provide a continuous stream of a very addictive drug to the system. This can negatively contribute to addiction because it reinforces addictive behavior, reinforces seeking-behavior, and reinforces instant-gratification. Each of these can be extremely harmful to individuals attempting to overcome these habits to recover from an addiction.

Why? Individuals often attempt to substitute things that offer highs or a serotonin boost. For this reason, it’s common for individuals to move out of rehab and quickly become addicted to another substance such as food, sugar, caffeine, or nicotine. Replacing one addiction with another can be a trigger for relapse, because the individual never learns to manage cravings and to solve the emotional and behavioral problems behind addiction.

Vaporizers could function in a similar way for recovering addicts, allowing them to quickly and easily get hits of nicotine, with little to no accountability for how much they’re taking. Instead, users run the risk of using nicotine for the high and serotonin release, temporarily subverting cravings. The problem is that eventually tolerance gets high enough that individuals need something else to produce the same effect, and with no real control over existing cravings and binge-usage, relapsing back to drugs is a natural step.

Vaporizers are not all bad but they do pose risks for many people. On the one hand, vaporizers offer a controlled release option for individuals who want or need to, potentially reduce risks and harm over smoking cigarettes, and greatly reduce the possibility of harm when vaporizing illicit drugs. On the other hand, vaporizers make it easy to abuse substances without paying attention to intake, encourage binge behavior, and make it easy for individuals to consume illicit substances.

At the end of the day, there is no best course of action other than to recommend caution. If you’re in recovery, consider consulting your doctor and therapist and consider quitting nicotine if that’s a possibility. If you aren’t experiencing problematic usage, your counselor, doctor, and therapists may be fine with you continuing usage, however, most will likely prefer that you quit.

If your loved one is using a vaporizer, there is no cause for immediate alarm. Vaporizers can be abused and can be used to vaporize illicit substances. However, the actual rate of addiction caused by vaporizers is likely very low, meaning that the risk is low. Today, millions of teens are using vaporizers to illicitly consume nicotine products, which you should address separately, but not because it might lead to drug addiction.