Short Term Effects of Marijuana on the Brain 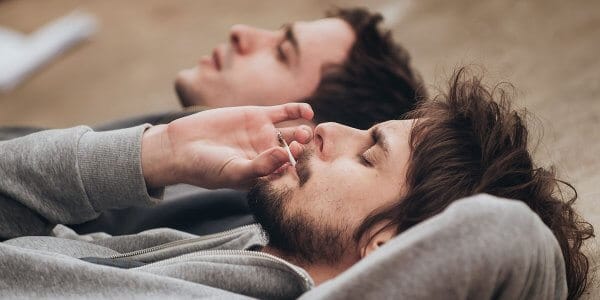 Marijuana is quickly becoming legalized across the United States, and polls suggest that more than 60% of the U.S. is in favor of continued legalization. This means that it is more readily available for both medical and recreational use, despite the fact that marijuana creates measurable changes in the brain, some of which are positive and some negative.

Cannabis is also addictive. Smoking cannabis releases cannabidiols into the brain, where they bind with endocannabinoid system in the body, stimulating a near-immediate response. Over time, the body becomes tolerant, causing some users to smoke or inhale more and more, to the point where they can become addicted. While cannabis is nowhere near as addictive as substances like opioid painkillers, frequent use causes it to become addicting. Most data estimates that about 30% of the 13% of the U.S. population smoking cannabis has some form of cannabis use disorder.

Cannabis is widely accepted, but understanding its impact, how it affects the brain, and how you can be addicted can help you to make the right decisions, or to seek out treatment.

What Happens When You Inhale?

THC, or tetrahydrocannabinol, is the most famous of these, but as just one of 421 found in marijuana, it’s just one of the many chemicals introduced into the body. Cannabidiol, which represents about 40% of resin extracts, is another major cannabinoid, and both have a major impact on the body as they bind to receptors.

Most cannabis begins to take effect within a maximum of about minutes of inhalation but frequently in less than 5 (Ingestion takes significantly longer), and begins to affect different parts of the body and the brain, most specifically the basal ganglia, hippocampus, and the cerebellum.

Immediate Effects on the Body

Most people are at least passingly familiar with the effects of cannabis. Many cannabis strains begin to cause relaxation, drowsiness, and a sense of calm or euphoria. In people who are in pain, it can also cause temporary pain relief. Cannabis can also cause a host of unwelcome symptoms, like anxiety and paranoia, loss of motor control, and memory problems or short-term memory loss, as well as the famous munchies.

Negative effects tend to be very minimal in users who only smoke occasionally, but increase with use.

What Causes These Effects?

All cannabis side effects are directly caused by cannabinoids binding to receptors throughout the body. For example, THC binds to a receptor for a cannabinoid produced by the body known as anandamide – a neurotransmitter. Once THC binds to the receptor, it can interact with the brain. The cerebellum is affected, altering movement and motor skills, the basal ganglia which effects coordination, and the hippocampus, which affects short-term memory. 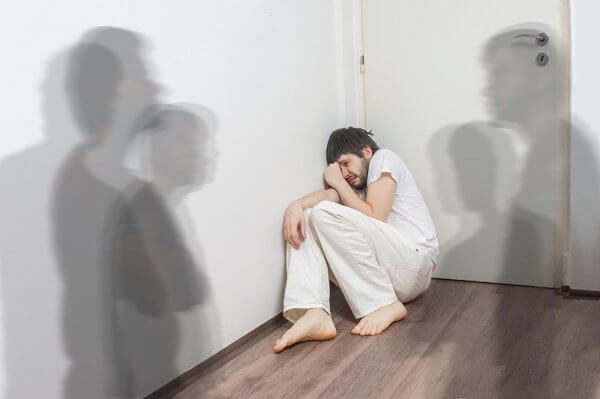 In very large doses, cannabis can also cause visual hallucinations through its interaction with the CB1 cannabinoid receptor. This is why people who consume cannabis often have a bad ‘trip’ or experience, where they are disoriented, sick, and experience the hallucination of lights or movement. This dose is about 0.5 mg of THC through an oral dose, or about 80 times the common smoking dose.

However, cannabinoids binding with CB1 and CB2 receptors are also responsible for pain relief. These receptors interact with the opioid and dopamine transmission system in the brain, affecting pain reception, causing the brief sense of euphoria, and the ‘stoned’ effect most people associate with cannabis use.

Why Do Side Effects Get Worse Over Time?

However, cannabis metabolizes at a different rate depending on the strain, how you use it and your body. In most cases cannabis affects the body for about 7 hours, but can stay in the system for days after use.

How Is It Addictive?

Cannabidiols bind to receptors in the body, taking the place of neurotransmitters, and changing the chemistry of the brain. Over time, the body adapts and adjusts, and more cannabidiols build up along the spine and around the central nervous system. Quite simply, this leads to Marijuana addiction.

While cannabis doesn’t typically cause the painful flu-like withdrawal symptoms of opiates it can cause withdrawal symptoms. For most users, these symptoms are almost purely psychological, as the brain adapts to reduced dopamine stimulation. As a result, long-term users who quit will experience irritability, anxiety, depression, restlessness, insomnia, and likely weight loss.

Does Marijuana Cause Long-Term Damage?

Unfortunately, there have been very few long-term clinical studies of marijuana or its effects on the brain. Most data showing that marijuana affects the brain over time comes from a single study conducted at the Northwestern University and Harvard Medical School, where MRI scans were conducted on moderate and heavy users. The scans were only completed once, but it was shown that there were significant changes to the brain in heavy users versus moderate users but that both caused abnormalities or changes in the brain. Other studies suggest that very heavy use over very prolonged use may slightly decrease the volume of the hippocampus, but this is contested in scientific circles.

However, by definition, a psychoactive substance like cannabis changes the brain. Studies show that it takes 28 days after final use for memory to return to non-user’s level. But, recovery is likely dependent on a variety of factors such as volume and length of use, age, and health.

While cannabis is less harmful and less addictive than many other drugs, it can still be very harmful. If you or someone you know is dependent on the drug, seeking out treatment will help. Modern addiction treatment includes a wide range of therapy and skills building, alongside medical assistance to help recovering addicts develop a foundation to live a happy life without substance abuse.

Beginnings Treatment Centers drug rehab program is located in beautiful and sunny Southern California in Orange County, which has one of the strongest and most active recovery communities in the United States. If you or your loved one is struggling with addiction, contact us today and speak with one of our experienced and professional intake advisors, we’re here to help.

2 thoughts on “Short Term Effects of Marijuana on the Brain”