What is Ketamine? – Use, Abuse, and Dangers

What is Ketamine? – Use, Abuse, and Dangers

Ketamine is an anesthesia drug, typically used in medical settings to safely induce trance-like states, reduce pain, and sedate the body. As a prescription drug, it’s recommended by the World Health Organization as one of the most essential and useful medications. Millions of people receive beneficial doses of ketamine as anesthesia, to supplement epidurals, and to reduce morphine usage and nausea while on pain medication.

While Ketamine is a well-studied and valuable medical drug, it’s also frequently used in non-medical settings. Individuals abuse ketamine for a variety of reasons, ranging from self-medication to use in raves to generate euphoria, reduced inhibitions, and visual and auditory hallucinations.

Ketamine is also frequently regarded as safe on the street, largely because of its medical usage, despite posing numerous dangers to abusers, as well as the risk of dependence and addiction.

Ketamine is a selective NMDA receptor antagonist, which interacts with the brain by preventing NMDA reception. This impacts the neural network, causing disassociation, euphoria, reduced inhibition, hallucinations, and eventually, real physical inhibition. In small doses, ketamine moderately reduces inhibition in much the same way as alcohol. In larger doses, it causes slurring, motor control difficulties, and eventually loss of consciousness, coma, and death.

Ketamine also interacts with other medications, alcohol, and many other drugs, typically by enhancing their effects. This has led to an increase in popularity in rave scenes, especially for individuals looking to increase the effects of LSD or MDMA. However, it can be dangerous when paired with alcohol, opioids, or amphetamines.

Ketamine is typically sold in nasal sprays, in powder form, and tablets or pills. For recreational use, it’s typically dissolved and smoked or injected, which enhances effects.

Short-Term Side Effects of Ketamine

Ketamine is a Schedule III controlled drug because of various side-effects including potential for abuse, potential for dependence and addiction, and negative impacts to health. For example, Ketamine increases heart rate and blood pressure, which can be debilitating or fatal for persons with high blood pressure or those at risk of heart attack or stroke. Ketamine also causes hallucinations, which can negatively impact disorders such as schizophrenia, bipolar, PTSD, and many others. 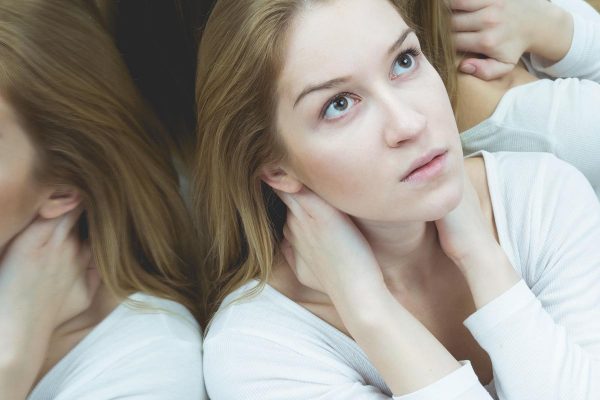 People taking Ketamine typically experience a range of side-effects including:

Some individuals also experience strong allergic reactions to Ketamine and should be immediately taken to a medical center. These effects typically go away when the user stops taking Ketamine but will come back after another dose.

Ketamine causes vivid dreams or hallucinations with an intense feeling of disassociation. Most individuals experience sensations of weightlessness or cannot move, may feel drunk and dizzy, may be sleepy, confused, and will likely experience issues with motor controls and coordination. This results in a greatly increased likelihood of accidents, falling, and the individual endangering themselves and others.

Long-Term Side Effects of Ketamine

Most Ketamine users are pushed to continue using, thanks to a combination of culture (Ketamine is often taken in rave and party environments), the short lifespan of the drug (Ketamine typically lasts about 2 hours), and tolerance. Here, most individuals quickly become tolerant to Ketamine and need a stronger dose to achieve the same effect. As a result, they quickly move from safe doses of Ketamine to dependence inducing ones.

Dependence and Addiction – Addition is the most serious long-term side effect of Ketamine. Unfortunately, everyone who uses Ketamine for prolonged periods is at risk. Ketamine induces dependence through tolerance, as the brain and central nervous system adjust to it. Eventually, the body begins to experience withdrawal symptoms when you don’t use Ketamine. This forces many people to use more and more of the drug to prevent crashes and withdrawal symptoms, eventually leading to psychological addiction.

Cognitive Impairment – Most long-term Ketamine users begin to experience noticeable cognitive impairment in the form of brain fog, short-term memory loss, visual memory loss, attention issues, flashbacks, and decreased sociability. These effects are mostly only noticeable in long-term users and become more-so as volume and duration of use increase. Over time, individuals may struggle with most memory recall, will struggle to remember things just said to them, and will have large issues with attention-span.

Urinary Tract Damage – Ketamine can cause urinary issues over the short-term which can extend to long-term and even permanent damage. Most individuals begin to experience bladder inflammation within a few days of beginning usage. Over time, this includes frequent and painful urination, urinary tract infections, incontinence, and in severe cases, cloudy and bloody urine. In the latter case, it is important to see a doctor because ketamine can cause ulcerative cytosis of the bladder. This condition can result in total bladder failure and possibly death.

Gastrointestinal Damage – Ketamine can cause long-term damage and inflammation to the gastrointestinal tract, especially when combined with other drugs such as methamphetamine, opioids, or heroin.

Ketamine symptoms can exacerbate over time, so someone experiencing mild symptoms now might experience significantly worse symptoms several months later. Longer exposure to ketamine typically results in an increase in symptoms, a greater likelihood of symptoms becoming permanent, and more complications. If you or a loved one is suffering side effects, it’s important to get help with detox and with recovery before symptoms get worse. 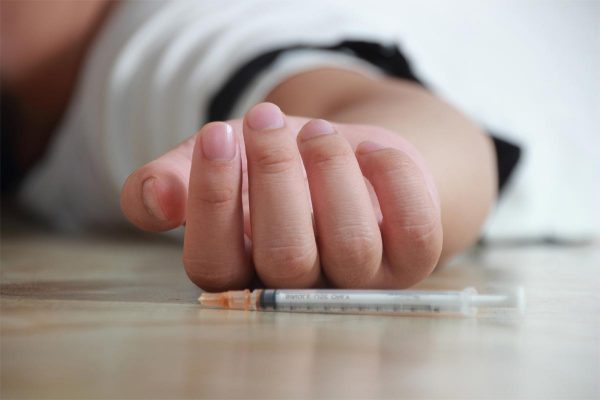 Ketamine users run a very real risk of overdose, especially after developing tolerance. Symptoms of overdose typically include heavy sedation, loss of consciousness, slowed breathing or other respiratory issues, and possibly blueness at the lips or nails. In any case where an individual passes out after taking a drug, it is important to call an ambulance and get them to a hospital. Ketamine overdose can result in death.

Interaction with Other Drugs

Ketamine interacts with other drugs, sometimes increasing and sometimes inhibiting their effects. Ketamine enhances the effects of alcohol, opioids, and methamphetamines, which can increase the likelihood of overdose. Ketamine may also negatively interact with some anti-depressant medications, benzodiazepines, and painkillers. If you or a loved one is on a prescription medication, it can interact very badly with Ketamine.

Getting Help for Ketamine Addiction

While Ketamine is not considered as addictive as many other types of drugs, its risk of abuse and its dangers are very real. Individuals who frequently use Ketamine experience crashes, withdrawal symptoms, and cravings. Many need help and detox to safely make it through withdrawal. Most need psychological care and therapy to move past cravings and learned behavior patterns contributing to addiction.

If you or a loved one is addicted, there is help. Modern addiction treatment works to help individuals tackle every aspect of addiction, starting with root cause. Therapists take a holistic approach, learning about the individual, the underlying causes of addiction, and specific overlapping problems and issues the individual faces. This information is used to create custom treatment programs tailored around the individual, so they have the tools to recover.