A Complete History of Mushrooms 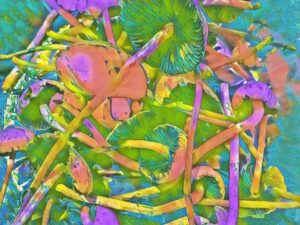 Humans have consumed mushrooms for as long as we have written records, and most likely well before. Our cultural associations with fungi date back to tribal times, when mushrooms were often considered special and even sacred. This deep spiritual connection with mushrooms spans the world – from Mesoamerica to the deepest parts of Africa and even Europe, humans have a long history of consuming psychedelic mushrooms, often for rituals and religious gatherings.

While ‘magic’ mushrooms have a long history of use in civilization starting from tribal times, they were largely abandoned in Europe as we moved towards civilization and culture. But, in the Americas, where Aztec and other Mesoamerican cultures focused heavily on spirituality and religious rites, magic mushrooms stayed in use until the Spanish discovered the area.

Archaeological evidence suggests that magic mushrooms have been used throughout history. Hallucinogenic species such as Psilocybe hispanica and Psilocybe mairei have been found depicted in rock art and caves around Europe and North Africa. Prominent examples include the Tassili caves in southern Algeria, where rock art over 7,000 years depicts species of mushrooms. Rock art near Villar del Humo in Spain also shows mushrooms used in rituals, dating back nearly 6,000 years.

It wasn’t until 1799 that magic mushrooms were introduced back to Europe, largely by accident. In 1799, the London Medical and Physical Journal recorded an instance where a man served mushrooms he had picked to his family, before taking them to the doctor for fits of uncontrollable laughter and other symptoms of hallucinogens. The mushrooms were later identified as Psilocybe semilanceata.

By the 1600s, hallucinogenic mushrooms in the Psilocybe genus had fallen out of use and memory in Europe. However, in the 1620s, Spanish conquistadors conquered Mesoamerica, moving into land occupied by tribes like the Aztecs. Mesoamerican tribes had a long and deep cultural use of hallucinogens, including Psilocybe mushrooms. These mushrooms were often used to commune with the gods, to divine, and for recreation.

Archaeologists have found evidence of ritual use of mushrooms by the Aztecs and Mazatecs as early as 200 AD. Mushroom stones and motifs, statuettes, drawings, and recorded history report mushroom use in Guatemala, Mexico, Colima, and throughout the rest of Central America.

This usage of magic mushrooms was quickly suppressed by Catholic missionaries, who saw the shakes, convulsions, and ravings of patients who had consumed the mushrooms as communication with the devil. Despite this, usage continued, often in private.

The first medical record of humans consuming magic mushrooms dates to the late 1500s, and was written by Fray Bernardino de Sahágun.

“They ate mushrooms before dawn when they also drank cacao. They ate the mushrooms with honey and when they began to feel excited due to the effect of the mushrooms, the Indians started dancing, while some were singing and others weeping. Thus was the intoxication produced by the mushrooms. Some Indians who did not care to sing sat down in their rooms remaining there as if to think.”

Natives were punished by death when caught with the mushrooms, and their public use became less common.

It wasn’t until 1916 that western medical science first took an interest in magic mushrooms. Dr. William E. Safford perused Spanish reports, discovering the mention of mushrooms claimed that mushrooms of such properties did not exist. By the 1930s, influenced by Safford’s claims, multiple botanists and ethnobotanists made their way to Central America to discover the secret and to see if Mesoamerican mushrooms were just peyote cacti as Safford claimed. In 1955, R. Gordon Wasson became the first white man to participate in a mushroom ritual in Oaxaca, Mexico. Wasson recorded his experiences and then later retook mushrooms with his wife and daughter. A year later, Wasson returned to Mexico with mycologist Roger Heim where the pair identify seven species of hallucinogenic mushrooms before returning to New York. In 1957, Wasson published “Seeking the Magic Mushroom”, officially introducing ‘magic mushrooms’ to the rest of the world.

Inspired by his article, Dr. Timothy Leary traveled to Mexico, and then returned to Harvard University, where he began studying magic mushrooms and other psychedelic drugs with partner Richard Alpert.

Over the following 10 years, magic mushrooms were adopted by the hippie movement, who traveled to Mexico in search of fungi, quickly becoming a worldwide phenomenon.

It wasn’t until 1962 that medical science became involved. Roger Heim sent samples of psychoactive mushrooms to Albert Hoffman (famous for synthesizing LSD), who was able to isolate two active chemicals from the mushrooms, psilocybin and psilocin. Hoffman synthesized these substances into pills, and found that they had the same effect as the active mushroom.

By 1968, magic mushrooms had gained the attention of the U.S. government and were banned from use, just 11 years after their introduction to the mainstream. In 1970, they were added as a Schedule 1 drug to the Drug Abuse Prevention and Control Act of 1970.

Today, magic mushrooms are illegal in most parts of the world, but can be purchased legally in countries like the Netherlands. However, a thriving street trade ensures that they are available around the USA, where they are often used alongside other hallucinogens including cannabis and LSD.

How do Magic Mushrooms Work?

There are over 200 species of Psilocybe mushrooms with varying levels of active ingredient, Psilocybe. The chemical compound that creates the hallucinogenic effect, is scientifically described as phosphorylated 4-hydroxy dimethyltryptamine. This substance is broken down in the brain to produce psilocin, which affects neurotransmitters to cause visual, audible, and sensory illusions, a sense of power, and a sense of spirituality. However, while used by up to 1.1 million persons in the USA each year, magic mushrooms are not addictive.

Tolerance – Magic mushrooms often cause intense effects, but user tolerance increases quickly. Tolerance can build up in just a few days, forcing users to take more to get the same effects. This can, in theory, create new drug use, as people seek out LSD, DMT, and mescaline to replace the high. 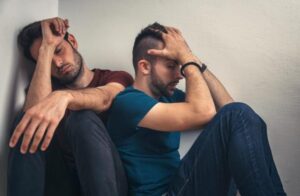 Mushrooms affect different people in different ways. The exact effects and results of using mushrooms depends on the mushroom, the setting, and the person taking it. There are over 200 different species of mushrooms with active psilocybe chemicals and the amount of psilocybe can vary a great deal from mushroom to mushroom. This means that the effects of psilocybe mushrooms can be unpredictable.

In some cases, a person may experience negative side effects for up to weeks after taking psilocybin mushrooms. While it is difficult to overdose on magic mushrooms, a person who takes too much of them can become aggressive, suicidal, or feel invincible, which can cause potentially deadly behavior such as attempting to fly, attacking people, and disregarding personal safety in traffic and around buildings. In the case of a very large dose, the person may experience seizures, fever, headaches, vomiting, slowed breathing, and even a coma. In this case, it is crucial to take the affected person to a hospital.

Mushrooms, like many other recreational substances, can be abused, can be dangerous, and can be deadly. While less addictive and therefore considered to be more harmless than most other types of drugs, mushrooms often act as a gateway drug, leading users to stronger, more addictive substances as their tolerance for mushrooms grows.

If you or a person you know is using mushrooms or has some other substance abuse problem, it’s important to seek help. Talking with an addiction professional to discuss your options and determine if you need addiction treatment is an important first step. Please contact Beginnings Treatment Centers today for an honest talk with one of our experienced and professional team. We can answer any questions you may have with no cost or obligation.