Why Understanding Dopamine is Crucial to Treating Opioid Addiction 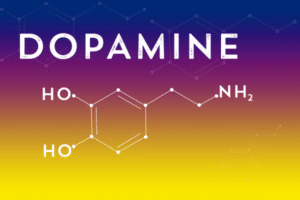 More than 20 million people in the United States struggle with opioid addiction. Drugs like heroin, fentanyl, and methadone contribute to a problem that kills more than 130 Americans each day. Yet, less than 11% of addicts will ever go on to seek help and attempt to recover from opioid addiction for the long-term. This is, in part, due to a misunderstanding of addiction treatment and how it works, but also due to how opioid drugs affect the brain, how you think, and how you are able to feel.

While opioids primarily interact with the brain through the opioid receptors, they impact other parts of the neurotransmitter network, especially dopamine and serotonin. These crucial neurotransmitters are responsible for mood, movement, attention, and responses. Most crucially, dopamine is responsible for the reward circuit in the brain, providing motivation for activities. Dopamine is also more and more found to be one of the key problems behind addiction, contributing to how and why people become dependent on substances. Understanding the neurotransmitter and how it works is increasingly seen as critical to treating opioid addiction.

The brain uses a complex system of neurons to control the body. When you want to breathe, move, eat, or think, the brain sends electric signals along neurons, contributing to a response. These electric signals are controlled by chemicals known as neurotransmitters, which are secreted by the brain. Dopamine is a neurotransmitter that regulates large functions in the body, primarily the reward circuit, or motivation. While it interacts with other elements such as mood and attention, most of these factors also tie into the reward circuit and an individual’s motivation to react or respond in a certain way. This is, of course, a very simplified explanation of what dopamine is and does.

How Does Dopamine Link to Addiction? 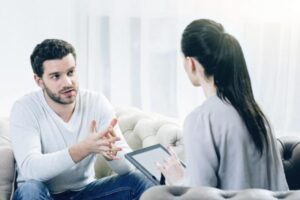 While the link between dopamine and early stage addiction is hotly debated, many hypotheses suggest that dopamine is directly responsible for early-stage addiction. Here, individuals experience an overload of the reward circuit, experiencing pleasure, satisfaction, or euphoria through a combination of excess dopamine or serotonin in the brain. Doses of opioids trigger dopamine responses in parts of the brain such as the nucleus accumbens, literally “flooding” those areas with the neurotransmitter. In the brain, dopamine triggers the reward circuit, causing a person to experience positive side-effects from substance abuse.

Dopamine is linked to initial drug use, especially for opioids. When an individual injects an opioid, the drug travels through the bloodstream to the brain and attaches to proteins called mu opioid receptors. These receptors line opiate-sensitive neurons, and trigger the reward circuit through the mesolimbic, ventral tegmental, and nucleus accumbens. In response, the brain produces dopamine, causing people to feel pleasure and the “high” associated with opioid use. Persons who are already in pain don’t typically feel this high, because they first have to compensate for pain.

However, dopamine is less linked to later-term drug abuse. Mice administered with dopamine-repression after having become addicted were only slightly less likely to self-administer heroin. Instead, long-term dopamine addiction is better linked to tolerance and physical dependence, rather than actively seeking pleasure.

What does this mean? The dopamine response is one of the reasons that individuals experience euphoria, a sense of power, and otherwise “feel good” when high on opioids. Opioids trigger the reward circuit in the brain, causing you to feel good in the most direct way possible. However, this short-term encouragement is not directly causative of long-term addiction, only causative of increased exposure to the drug.

Opioid users are well-acquainted with the result of flooding the reward circuit and increasing dopamine in the brain. But dopamine could link to opioid abuse in several other ways. The most crucial of those is through stress. The brain naturally produces less dopamine when the reward circuit is not triggered. Individuals operating in stressful environments such as those suffering from trauma/PTSD, depression, anxiety, stressful jobs, poverty, disaster, etc., are less likely to have a healthy or comfortable level of dopamine production. This leaves the brain vulnerable in several ways, such as by increasing pleasure-seeking and reckless behavior. Individuals under a large amount of stress are more vulnerable to addiction, more likely to seek out drugs, and less able to control substance use and abuse once they start, simply because of the reward circuit.

Persons suffering from mental disorders, trauma, or living in conditions that result in a great deal of stress such as grief, abuse, poverty, or a tragedy such as losing a house or a job, are inclined towards drug abuse because their brains are vulnerable.

How Does This Affect Opioid Addiction Treatment? 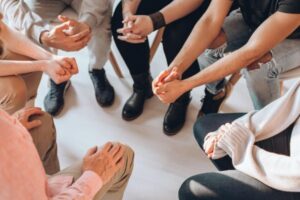 Opioid abuse, dependence, and addiction are a result of chronic exposure to opioids. This occurs as the brain adapts to triggers, becomes accustomed to levels of dopamine and opioid in the system, and changes how it reacts and produces these neurotransmitters on its own. Individuals experience emotional blunting, social isolation, and disinterest in hobbies and activities because the reward circuit doesn’t trigger or activate enough to provide motivation for previously normal behavior. These changes are a direct response to physical changes in the brain, which interplay with dopamine and other neurotransmitters.

However, experimental studies have shown that dopamine blocking is only effective at treating addiction when done as a preventive measure. Rats and mice with limited dopamine production still attempt to self-administer opioids if they are already addicted because they have built up behavior patterns around using heroin. However, their self-administration does reduce.

Instead, understanding that addiction is heavily linked to the reward circuit allows us to approach addiction treatment from another perspective entirely. Changing behavior so that individuals can be happy on their own, without the help of a substance. This is important, especially in an age of drug treatments such as methadone, which can block most of the effects of opioids. Studies repeatedly show that drug treatments are effective while in use, but cease to be so once the individual stops medication, unless they seek out appropriate psychosocial and behavioral treatment at the same time.

Dopamine interacts with opioid addiction in several ways, but we are still learning about it. Modern rehabilitation now takes numerous factors into account, including how a patient’s brain will have changed in response to drug use. Opioid addiction treatment requires a comprehensive range of treatment to tackle physical dependence, learned behavioral dependence, and self-medication, or the process of seeking pleasure in response to stress.

As a result, most modern treatment includes medication assisted therapy (MAT), cognitive behavioral therapy (CBT) or an equivalent, counseling, group therapy, nutrition, and training to help people succeed in their life without drugs. As our understanding of the brain and its reaction to opioids increases, so does our ability to treat opioid use disorder in a compassionate and effective way.

If you or a loved one is struggling with opioid abuse, there is help. A rehabilitation facility will be able to help you through detox and through the complex process of learning to live and be happy without opioids. Please contact Beginnings Treatment Centers today for an honest talk with one of our experienced and professional addiction treatment team about opioid abuse or addiction. We can answer any questions you may have with no cost or obligation.

This website uses cookies to improve your experience while you navigate through the website. Out of these, the cookies that are categorized as necessary are stored on your browser as they are essential for the working of basic functionalities of the website. We also use third-party cookies that help us analyze and understand how you use this website. These cookies will be stored in your browser only with your consent. You also have the option to opt-out of these cookies. But opting out of some of these cookies may affect your browsing experience.
Necessary Always Enabled

Performance cookies are used to understand and analyze the key performance indexes of the website which helps in delivering a better user experience for the visitors.

Analytical cookies are used to understand how visitors interact with the website. These cookies help provide information on metrics the number of visitors, bounce rate, traffic source, etc.

Advertisement cookies are used to provide visitors with relevant ads and marketing campaigns. These cookies track visitors across websites and collect information to provide customized ads.

Other uncategorized cookies are those that are being analyzed and have not been classified into a category as yet.