Why Addicts Choose Drugs Over Love 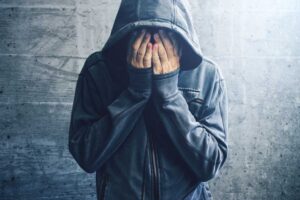 Chances are you didn’t even know they were an addict when you fell in love. I know I didn’t. By the time I found out, I was totally invested in the relationship.

Why doesn’t he love me enough to just say no? After all, he had me now. He told me he started abusing drugs at a young age, because his father had walked out, his mother was working all the time, and his brother, who was also supposed to be his babysitter, started getting high with him.

His brother also treated him like crap and beat him up on a regular basis. He said he didn’t know what love was until he met me. All I kept thinking was that I had given him everything he never had, so he didn’t have a reason to be using anymore.

Meanwhile, the folks in my inner circle were getting tired of seeing me riding the emotional roller coaster. They said if he really loved me, he wouldn’t be putting me through all this drama. Why couldn’t I see that he was just using me?

Why couldn’t I just say no, that I wasn’t going to put up with the heartache anymore?

It’s Just Not That Simple

Feeling like a complete fool and powerless to do anything about it, I found myself confiding in a coworker one day over lunch. She surprised me by revealing that she had been there and done that. Then she offered to take me with her to a Nar-Anon meeting.

I was confused. Her husband was an addict? They had been married for over 30 years. How does that happen? Sensing my confusion, she said, “What do you think saved my marriage?”

The Nature of Addiction

Nar-anon was an absolute Godsend. I was now surrounded by people who understand where I am coming from. And not only do they get it, most of them are in relationships with recovering addicts and had a lot of hard-won wisdom to share.

The first thing I learned was how addiction actually operates.

When someone like my boyfriend uses drugs for an extended period of time, his brain chemistry is altered. Being high is his normal. He exhibits typical addictive behaviors. And because he began using while he was so young, he never developed healthy coping skills. While he doesn’t want to choose drugs over me, he can’t just say no. If he could say no, he wouldn’t be an addict. 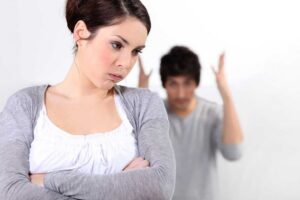 My role is subtle, but very powerful:

The first point is strictly for my benefit. The rest are for both of us. When I mistook his choice to use as a sign he didn’t really love me, I was hurt and angry. He had no idea how to deal with that reaction other than to do what he always does – bury those negative feelings by getting high.

Making him accountable for his own actions, such as no longer bailing him out when he got in trouble, made his choices harder to deal with and planted the seed of sobriety.

Taking care of myself made me stronger, which kept me sane while he was using, and gave me the tools to support him when he chose to get sober.

While it hasn’t been happily ever after, (he’s relapsed twice since getting sober), I have been able to separate the drug addiction from the heart condition. That has provided the key to my own happiness.

If you or your loved one needs help, please contact Beginnings Treatment Centers today and speak with one of our experienced and professional intake advisors, we’re here to help you.